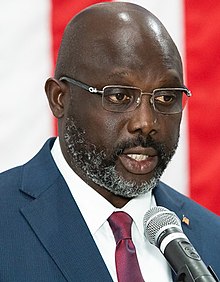 Rumour has it that the president has recorded an album and this “Birthday Song” is the second singles off that compilations.