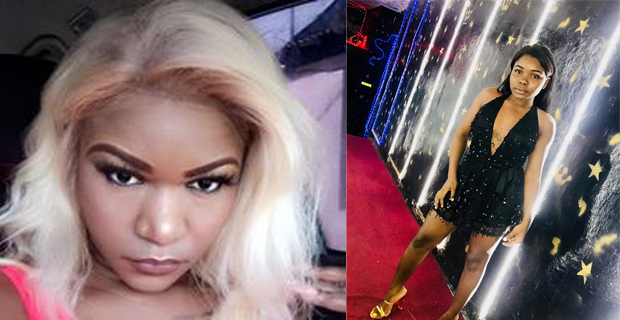 Popular Socialite, Master Queen, took a bold step to bring an end to one of the biggest celebrity feuds the industry has witnessed, in recent years, by taking to social media to compliment her former nemesis, Rickslyn Myers, on her debut single “Broken” that was released just a few days ago.

The Queen of the airwaves posted, “…

It’s always exciting to see females step out of their comfort zone and take a bold stance on something positive. I think instead of seeing women as competitors; we should begin to see each other as collaborators and co-creators. Life is too short, thus, Women should be empowering each other, not sabotaging other women! With all of the obstacles and challenges we face throughout our lifetimes, it’s important to have a network of fellow women we can count on to support us, offer advice, and share genuine friendships with. Regardless, of our differences, there’s one bond we should always keep in mind, which is ”ENTERTAINMENT It’s All About Love”. Congratulations on shooting for the star. As a bigger Sister, I pray your debut hit mainstream and shine brighter than a cluster.

CCP Room blogger, Alpha Bah posted: Can #BuckyRaw and #ChristophTheChange just man up and squash their beef like Grace Hawa Weah and Rickslyn Myers did 🙏🏾🙏🏾🙏🏾🙏🏾

The influencer, Michelle Michelle, shared a brief but powerful post: Rickslyn & Grace, that was beautiful.

The feud between the duo begins about a year ago after Rickslyn condemned the TunesLiberia Award and accused the management of biases in favor of Master Queen in the contest for the Online Media Personality Award.The feud raged for a while, and both icons shut each other out but now with Master Queen’s reconciliatory gesture and Rickslyn warmth embrace of the gesture, it is clear, like daylight, that the beef between the two is officially over.