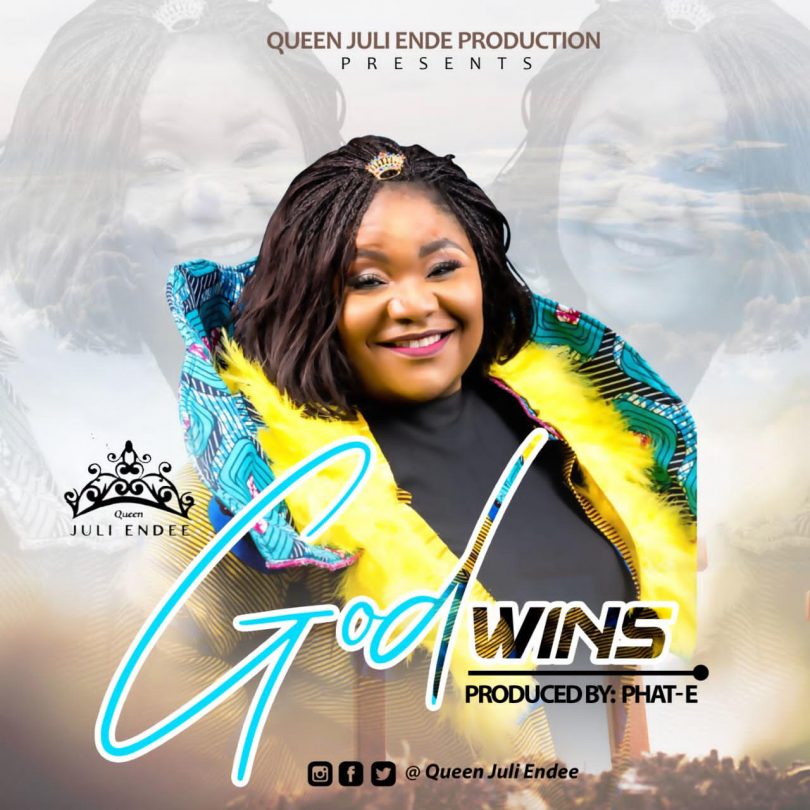 The countdown has already begun and the stakes are extremely high as Liberia’s Culture Ambassador and  Traditional Queen and Chief Ochioha Nwayi of Ezeokwe  Ancient Kingdom, Queen Juli Endee are about to do one of the things she is revered among many.

On November 13, 2020, Ambassador Endee will launch new music titled “God Wins” in continuation of efforts to light up the musical world and help put Liberia on the musical map.

amid trials and tribulations, allowing God to take charge and direct her path.

Part of Ambassador Endee’s fine and unmatched skills is also her ability to mobilize and pull people together for a worthy national cause. In most cases, these national  endeavors are misconstrued and brazenly

It can be recalled that an unfortunate situation erupted at the Headquarters of the Liberia Crusaders for Peace,  the organization Amb. Endee heads as Executive  Director when a group of people she recruited to work on the Government’s Covid-19 launched a series of attacks, protests, and criticisms against her.

When Covid-19 plagued Liberia, the Liberian government through the Monrovia City Corporation sought Ambassador Endee’s intervention to aid with the national prevention and awareness efforts, using her mobilization and community engagement expertise.

In response to the request, she recruited young  Liberians along with the Monrovia City government to work on the project.

However, when the government delayed in its payment plan, the very recruits got agitated and resorted to protests and demonstrations which led to the destruction of her facilities at the LCP headquarters.

done to the facilities. Rather she allowed God to take control of the situation.

She said: “While all of these were going on, God just started revealing things to me about how I should respond to the situation. Then the thought came to me that in the midst of all, God wins. Part of this was the  fact that the volunteers were demonstrating against me  instead of the institutions linked to the program.”

She said there is an outpouring of raved praises locally and internationally since the release of the ‘God Wins’ Song, and added: “Just recently, the song took the  Hollywood and African Prestigious Awards  (HAPAWARDS) by storm as it was played repeatedly before the awards were presented.