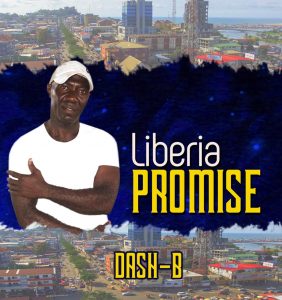 Dash-B has been an avid music enthusiast for many years spanning his teenage days in the late 80’s before the war. Though an all-round musician, his main interest was in dancing which made him an attractive stage performer in his early days.  During this time, As a Guest Star, he collaborated with many well-known Liberian  bands like  Sound Blasters, Intruders, Music Messiah, Music Maker and not forgetting the famous Executive Orchestra in Gbarnga Bong County in the 90’s.

Like many of his compatriots, his budding music career was disrupted by the Civil War.   In pursuit of safe space to realize his dream he travelled to the Netherlands where he free-lanced with a Holland-based Senegalese group called Soul Boogies for close to three years before returning to Liberia.

Dash-B believes in social justice, democracy, free speech and is a strong advocate of peace— principles and philosophy so beautifully woven in his lyrics. Though he has been away from the music for a long time, he has decided to make a comeback because he has realized that music a strong and formidable platform for social advocacy and a powerful tool for social change.  Having been overwhelmed by the devastation and deprivation of the civil war in Liberia he was inspired to compose the song ‘Liberia Promise Me’ as a message to Liberians to shy away from all semblance of violent conflict. The second single ‘Speak Out Loud’ was a natural product of the chaos that emerged from the conflict as the nation struggles with some undemocratic tendencies.

Dash-B is not limited to the reggae genre but is prolific in his approach to music styles and has an array of danceable Liberian tunes.  He hails from Nimba and has many other interests including sports and acting.

“Liberia Promise” is a great song you will love and be inspired by the message.